Non-surgical treatment lead to similar outcomes for back pain 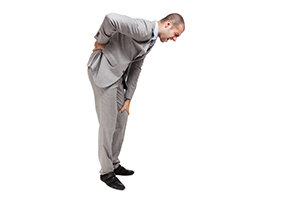 Interpretation of study's findings is misleading

Low back pain is one of the most common painful conditions in the world. Although many individuals who experience low back pain will improve either with or without treatment, some go on to deal with long-term issues. Chronic low back pain (CLBP) is defined as any situation in which pain lasts for more than three months, and it is a major problem for physical therapists and other doctors. In general, it's recommended that non-surgical treatment that includes various types of exercises should be used first and that surgery should only be considered if these treatments are not available or don't lead to improvements. Lots of research has supported this type of approach, such as three recent high-quality studies that found no evidence that surgery was any better than non-surgical treatment after 11 years. Unfortunately, one recent study performed in Sweden tried to make the claim that surgery led to superior outcomes compared to non-surgical treatment; however, there were some issues with this analysis. Surgeons performed the study, who may have interpreted information in favor of surgery, even if it actually suggested otherwise. For this reason, a team put forth a commentary that explained the true nature of these findings to better guide patients and medical professionals.

In the original study, patients with CLBP for at least two years were recruited to participate. This led to a sample of 294 individuals who were randomly assigned to either physical therapy or a surgical procedure called lumbar fusion. All patients were evaluated before these treatments and then monitored for between 9-22 years afterward for pain, disability, and other measures. According to the researchers who conducted the study, patients who had surgery reported better scores in most of the measurements taken, and they recommend that this surgical procedure is a valid treatment option for patients with CLBP. When looking into these results a bit more deeply, though, a different story emerges.

Researchers first pointed out that although patients were randomly assigned to have either surgery or physical therapy, they had a 3-to-1 chance of having surgery. This means that many more patients went on to have surgery versus physical therapy, and makes the results skewed in that direction. In addition to this, the patients that did receive physical therapy were not provided with quality treatments that were based on evidence, which is the norm for reputable physical therapists. Another major difficulty is the fact that although it's easy to track patients who move from non-surgical treatment to surgical treatment, this is very difficult for patients who do the opposite. Once again, this favors those who have surgery rather than physical therapy. Finally, the long-term results showed that while the surgical group of patients remained stable, the non-surgical group actually continued to improve after two years. Based on these important shortcomings, the original study was biased in its conclusion that surgery was superior to physical therapy. In actuality, it only performed better in certain measures, and non-surgical treatment actually had some advantages of its own. Therefore, the results from that study should be taken with caution, and patients should understand that what it truly shows is that surgery and non-surgical treatment like physical therapy lead to very similar results. The choice is theirs and should be made by evaluating the costs and long-term outcomes of both treatments.

-As reported in the May '16 issue of The Spine Journal