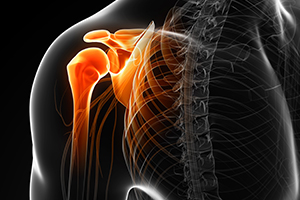 Two commonly used treatments have not been directly compared

Shoulder impingement syndrome (SIS) is a general term used to describe numerous conditions that cause shoulder pain. SIS typically prevents patients from performing overhead activities like throwing and lifting, and may cause further complications if not treated properly. Two popular conservative (non-surgical) treatment options are steroid injections and manual physical therapy (MPT), in which therapists use their hands to manipulate joints and muscles. Although both are commonly used, there is some inconsistency in their effects, and the two treatments have never been directly compared. In response, a powerful study called a randomized-controlled trial (RCT) was conducted to compare their effectiveness on SIS over one year.

Patients assessed for pain, disability and healthcare use

Patients with shoulder pain were invited to participate and screened to determine if they were eligible. This led to 98 individuals accepted and randomly divided into either the MPT or steroid injections group. Patients in the MPT group were treated twice a week for three weeks with a combination of mobilizations, stretches, exercises and other techniques to the shoulder and spine, and were also told to exercise at home. Injection-group patients were given a steroid injection in the shoulder and a handout explaining its effects. All patients were given the option of receiving additional care--MPT, injections or otherwise--if needed. Outcomes included pain, disability and healthcare use, and patients were assessed at the start of the study, and then again one, three, six and 12 months later.

The outcomes of this RCT showed that patients in both groups improved significantly in pain and disability one month into the study and the improvements were sustained for one year. The injection group, however, used more health care over the course of one year than the MPT group, as 38% of them received more than one injection and about 20% also sought out physical therapy. More research will help confirm these findings, but they suggest that while both treatments are effective for reducing pain and improving function in SIS, MPT costs patients less overall. For this reason, MPT can be considered an equally effective option with lower costs compared to injections for treating SIS.