Factors That Can Lead To Low Physical Fitness For Young Men 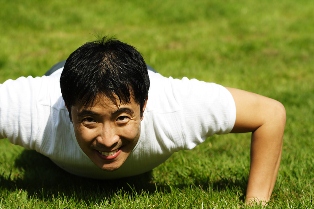 Due to the dominant role of military, the health of youths in Finland is a national concern

Finland differs from the U.S. in the fact that military service is mandatory for all male citizens over 18, with the duration of service ranging from 6-12 months. All who enter service are given a medical exam to identify those who need special attention, and yet 13-15% of conscripts are still prematurely discharged due to medical reasons. Since a large percentage of Finnish young men enter into military service permanently, the number of medical-related discharges is a national public health concern. Therefore, determining factors that can help identify those who are unsuitable for service as early as possible can help save time and money and address the issue sooner rather than later. With the intention of identifying a set of risk factors for discharge, a study was conducted that evaluated predictive associations between medical discharge of the conscripts and various intrinsic risk factors, including socioeconomic, heath, health behavior and physical fitness.

The pool of conscripts started at 1,513, of which 102 were excluded for various reasons, leaving 1,411 conscripts, aged 18-28, as the study group. At the beginning of military service, all conscripts performed two months of basic training, which consisted of various physical activities at low-to-moderate levels, followed by a four-month specific military training program, where the amount and intensity of physical training increased slightly. Physical fitness was assessed during the first two weeks of service with a Cooper's test (12-minute running test) and muscular fitness tests, which included push-ups, sit-ups, pull-ups, standing long jump and a back-lift test. In addition, height, weight, waist circumference and body mass index (BMI) were all measured in the first two weeks, and each conscript was given a pre-information questionnaire during the first week that evaluated socioeconomic, health and health behavior factors.

Of the 1,411 participants, 133 (9.4%) were given premature medical discharges, with the most common reasons for discharge being musculoskeletal injuries and disorders (44%), followed by mental and behavioral disorders (29%). In regards to other risk factors as established by the questionnaires, low self-assessed health, never belonging to a sports club, poor school success and low physical fitness were also associated with premature discharge, as was a large waist circumference. These findings can be applied on a more universal scale by pointing out which factors can lead to health problems for young men trying to be active anywhere, whether for military service or not. By focusing on these factors, young men can improve their overall health, and increase their chances of succeeding for those looking to enter military service or other organizations that require top-notch health status.

-As reported in the July '11 edition of BioMed Central